Filter catalogue
ALL THE PRODCUTS

ECO rugs are the result of an extensive research carried out by the company together with the designer: first designed and made on manual shuttle looms, they were later developed on an industrial loom that was adapted and taken to the extreme to create textures with an artisan look. Made of jute and propylene, they are available in three versions: “Green contrast”, which combines an orange-blue bouclé with a green-turquoise melange strip, “White contrast”, made with a rope-coloured bouclé and a white melange strip, and “Natural contrast”, which features a yellow and periwinkle blue bouclé and an earth-coloured melange strip. A collection of fresh, light and transportable rugs in two sizes. 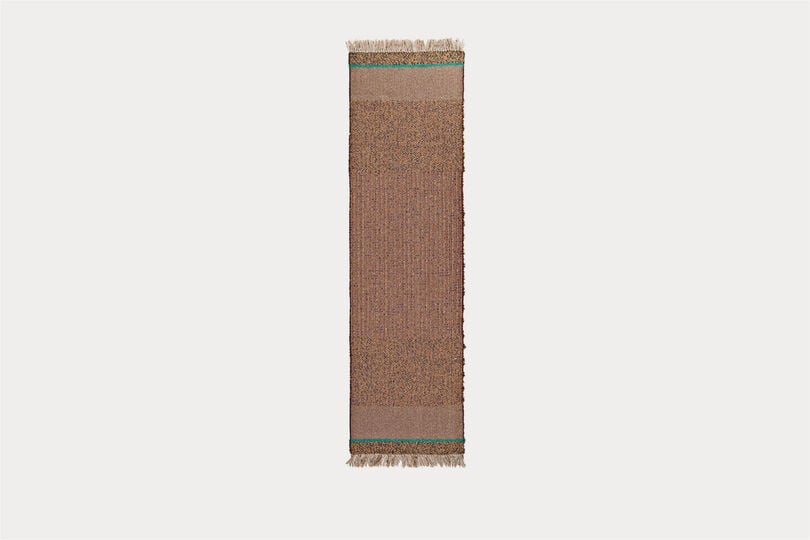